We are based in Bendigo and our service area includes Bendigo and surrounding areas as well as rural Central Victoria. We also offer a service division of Click Control Systems for all those little jobs around the home or office.
We can assist you in a wide range of electrical services including the following: 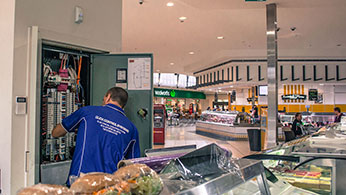 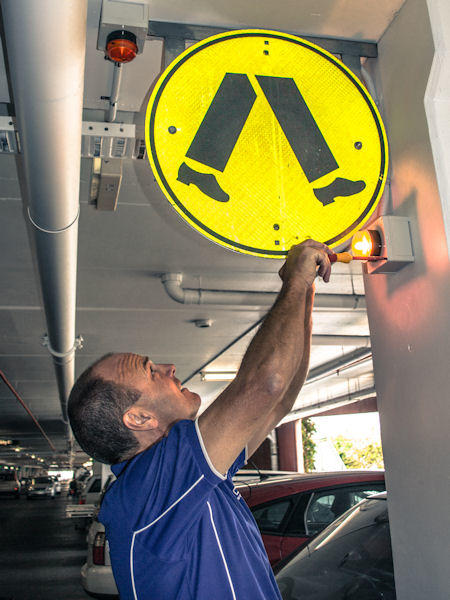 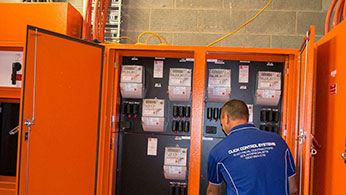 Testing and Tagging is the process of inspecting and testing all in-service electrical equipment for personal safety.

Each year hundreds of lives are saved due to timely testing and tagging of electrical equipment. This not only helps in saving lives, but also can reduce the risk of lengthy insurance claims in the event of a tragedy.

Click Control Systems Testing and Tagging can test and tag your portable appliances and help you comply with your legal obligations to Occupational Health and Safety and electrical safety legislation. Our technicians are licensed Competent Persons as prescribed by AS/NZS 3760 and all our testing is done to the Standard.

Testing and tagging to AS/NZS 3760 ensures your electrical equipment is safe, minimising the risk of an accident.

Our simple fee structure with no hidden charges makes us one of the cost-effective providers around. We don’t charge for travelling or the log book reports: they are included in the tag price. Click here to estimate the cost of testing and tagging your equipment.

The Managing Director of a company wishing to be shown the operation of Portable Appliance Tester (PAT), retrieved a power drill from a shelf for the testing.

Subsequent examination found that in certain rotational positions of the chuck, it became live and thus failed. The chuck was found to be live over a rotation of 5° out of 360°, making it very unlikely to have been discovered with a standard Insulation Resistance test.

Anybody using it would have been inadvertently playing Russian roulette.

A company that installed appliances on their client’s behalf called for technical support after two people had received a shock from one of their appliances. The appliance was subjected to an electrical safety test and passed with flying colours.

Investigations found that the electrical installation in the building was faulty, having a high earth resistance to the switchboard and that only when the appliance was connected to the mains power supply and running, were relays activated allowing current to flow throughout the entire appliance. A hitherto unpowered circuit had a serious earth leakage that rendered the appliance unsafe.

This fault could only be detected with an Earth Leakage test conducted whilst the appliance was running.

In 2006, management of an educational facility in the outskirts of Melbourne were horrified to learn that one of their buildings had been destroyed by fire, having been started by a computer monitor that had caught fire.

The computer monitor had been part of a test and tag program with a 12 monthly retest interval had and caught fire only two weeks before it was due to be retested.

This highlights the fact that although computers and their monitors can often be perceived to be not open to abuse or in a hostile environment, product recalls and electrical fire incidents of this nature frequently occur all around the world – even if regularly inspected and tested.

In cases such as this, if a computer monitor can burst into flames due to internal insulation breakdown, within 12 monthly test intervals, the risk of 5 yearly intervals is questionable.

A Safety Switch is a life saving device that can either be fixed and located in your switchboard, or portable for use in various locations. Safety Switches can sometimes be called RCD’s (Residual Current Device) or ELCB’s (Earth Leakage Circuit Breakers). They are designed to detect any disruption to the electrical flow through the electrical circuit, and to switch the power off should a disruption normally associated with electric shock or electrocution be detected.

Even if you know where all the exits are located and all the exit lights seem to be in working order, regular testing and maintenance is the only way to minimise the risk of faulty exit lights in an emergency situation, which will ultimately help to increase the safety for employees and clients in your workplace.

In order to ensure you and your employees’ safety and the accuracy of our test results, we will also always test the power point we use for our portable appliance tester when we provide our other testing and tagging services.

Click only uses quality materials from well-known and reputable brands.
We are based in Bendigo and our service area includes Bendigo and surrounding areas as well as rural Central Victoria.